Build Back Better Framework Targets Corporations, Wealthy to Pay For It

On October 28, 2021, President Biden unveiled his framework to guide Congress in writing the Build Back Better Act legislation, which includes taxes on corporations and the wealthy to help cover the bill’s overall $1.75 trillion price tag.

According to a summary posted October 28 on the White House website, “the plan is more than fully paid for by asking the wealthiest Americans and most profitable corporations to pay their fair share. It does not raise taxes on small businesses and anyone making less than $400,000 per year.”

Large corporations with more than $1 billion in profits reported to its shareholders will be facing a 15 percent minimum tax under this framework. Additionally, companies will face a 1 percent surcharge on corporate stock buybacks.

The framework also includes a global minimum tax of 15 percent, a tax paid in the countries a multinational corporation does business in as well as a 15 percent minimum corporate tax rate in each country the multinational cooperation operates in. The White House said this provision is consistent with the deal announced October 8 between most of the member nations that are a part of the Organization for Economic Cooperation and Development (OECD).

The framework also calls for a new surtax on multimillionaires and billionaires. It would apply a 5 percent tax rate above income of $10 million and an additional 3 percent surtax on income above $25 million, while closing a loophole that allows some wealthy taxpayers to avoid paying the 3.8 percent Medicare tax on their earnings.

According to the summary, the surtax will target the top 0.02 percent of the wealthiest taxpayers and will generate $230 billion.

The framework includes provisions to extend for one year the expanded Child Tax Credit that was part of the American Rescue Plan and provided households up to $3,600 in tax cuts to help cover the cost of food, housing, health care and transportation. The expanded Earned Income Tax Credit also would get an extension for one year under the framework.

It also offers a number of climate-related tax credits, including expansion of home energy and efficiency tax credits, as well as offering an electric vehicle tax credit for electric vehicles made in the U.S. with American materials and union labor. The framework also includes tax credits and other incentives for transitioning to clean energy.

The White House said that enforcement resources will be focused on pursuing those with the highest incomes and not on Americans with incomes less than $400,000.

According to a separate statement from the White House on the framework, it “will create a fairer tax system through transformation investments in the IRS: hiring enforcement agents who are trained to pursue wealthy evaders, modernizing outdated IRS technology, and investing in taxpayer service, so regular Americans can get their questions answered and access to the credits and benefits they are entitled to.”

President Biden and Democratic leadership in Congress are hopeful that the release of this framework will be sufficient to satisfy the progressive members of the party in House to finally approve the long-stalled Infrastructure Investment and Jobs Act, which was passed by the Senate on August 10. It is not immediately clear that those members will vote in favor of that bipartisan legislation, though action must be taken soon as many infrastructure-related funding provisions expire on October 31. 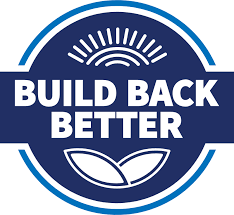