Are you ready to expand to a second location? 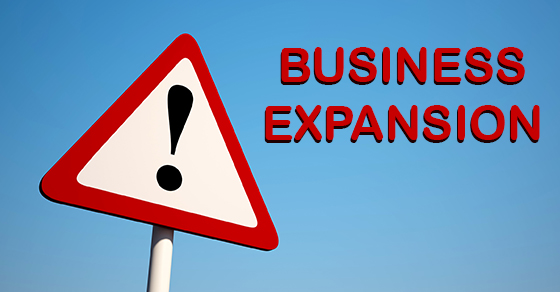 Most business owners want to grow their companies. And one surefire sign of growth is when ownership believes the company can expand its operations to a second location.

If your business has reached this point, or is nearing it, both congratulations and caution are in order. You’ve clearly done a great job with growth, but that doesn’t necessarily mean you’re ready to expand. Here are a few points to keep in mind.

Among the most fundamental questions to ask is: Can we duplicate the success of our current location? If your first location is doing well, it’s likely because you’ve put in place the people and processes that keep the business running smoothly. It’s also because you’ve developed a culture that resonates with your customers. You need to feel confident you can do the same at subsequent locations.

Another important question is: How might expansion affect business at both locations? Opening a second location prompts a consideration that didn’t exist with your first: how the two locations will interact. Placing the two operations near each other can make it easier to manage both, but it also can lead to one operation cannibalizing the other. Ideally, the two locations will have strong, independent markets.

Of course, you’ll also need to consider the financial aspects. Look at how you’re going to fund the expansion. Ideally, the first location will generate enough revenue so that it can both sustain itself and help fund the second. But it’s not uncommon for construction costs and timelines to exceed initial projections. You’ll want to include some extra dollars in your budget for delays or surprises. If you have to starve your first location of capital to fund the second, you’ll risk the success of both.

It’s important to account for the tax ramifications as well. Property taxes on two locations will affect your cash flow and bottom line. You may be able to cut your tax bill with various tax breaks or by locating the second location in an Enterprise Zone. But, naturally, the location will need to make sense from a business perspective. There may be other tax issues as well — particularly if you’re crossing state lines.

Opening another location is a significant step, to say the least. We can help you address all the pertinent issues involved to minimize risk and boost the likelihood of success.