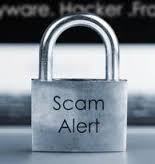 A federal bankruptcy court has found that a taxpayer used offshore trusts to hide some $1 billion from U.S. taxation. The court was not persuaded that the taxpayer had used the offshore trusts for tax deferral, as he claimed, rather than tax avoidance.

Take away. The taxpayer, through a network of intermediaries, maintained control over a network of foreign corporations and trusts and, according to the court, treated the offshore system as his personal piggy bank. He used the entities’ assets at will for himself and his family; the offshore cash went wherever the taxpayer wished it to go.

The taxpayer and his brother were successful businessmen who, by 1990, had accumulated enormous wealth. They heard about a system of “Asset Protection and Tax Deferral Using Domestic and International Structures,” in particular foreign trusts and corporations. The taxpayer organized a number of offshore entities between 1995 and 2002. The trusts held more than $1 billion.

The taxpayer transferred substantial assets, including valuable stock options in his businesses to the offshore trusts and corporations in exchange for deferred annuities that would be taxable when paid. The taxpayer understood that the annuity payments would be taxable income.

The taxpayer filed for bankruptcy protection in 2014 after an investigation by the Securities and Exchange Commission (SEC). The IRS determined that the taxpayer had created the trusts for tax avoidance and sought more than $2 billion in unpaid taxes and penalties.

The taxpayer was guilty of tax fraud, the Bankruptcy Court concluded. The court rejected the taxpayer’s argument that he was not evading U.S. taxes, intending merely to defer the payment of taxes. The court concluded that the taxpayer engaged in an intentional understatement of income due to his deferral, forgiveness and nonreceipt of annuity payments. The court noted that if a taxpayer intentionally understates income, this is direct proof of fraud. The taxpayer here engaged in intentional understatement of income, helped in part by his manipulation of the assets of foreign entities that owed him annuity payments, so that those payments could not be made. Deferring annuity payments also had the benefit of keeping his offshore system secret from the IRS.

According to the taxpayer, he had relied on the advice of tax professionals in setting up and maintaining the offshore trusts. The court found that the taxpayer was a sophisticated and well-educated businessperson who had accumulated great wealth through his business acumen and hard work. Regardless of the actions of his employees and advisors, the taxpayer knew that the foreign entities and their assets were being used for his benefit. “The court does not believe that the law permits the taxpayer to hide behind others and claim not to have known what was going on around him,” the court stated.

If you need any assistance complying with the complex laws governing your foreign trust, please do not hesitate to contact us.