Taxpayer Not Required To File FBAR For Offshore Online Gambling Accounts; Accounts Were Not Banks

The Ninth Circuit Court of Appeals has held that a taxpayer was not required to file a Foreign Bank and Financial Account Report (FBAR) with respect to two online gambling accounts established in foreign countries used only to play poker online. However, the court found that he was required to submit to FBAR reporting for a financial account that it determined was tied to a financial institution located in and regulated by the United Kingdom. 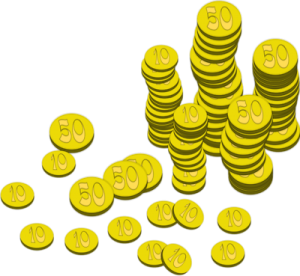 Take away. This unpublished opinion has no precedential value, and practitioners and taxpayers alike are to proceed cautiously—and at their own peril—with regards to the reporting of such gambling accounts. In addition, note that the court refused to allow the government to raise late in the trial an argument that the entities that held the gambling accounts were casinos. Presumably, had this argument been allowed, the taxpayer would have had a tougher time disavowing that he was required to comply with FBAR reporting for the accounts.

The taxpayer, an online gambler, maintained two accounts containing more than $10,000 with each of two online poker organizations. The taxpayer maintained a third account, also containing more than $10,000, through another entity that engaged in money transmissions and was located in and regulated by the United Kingdom. He used this account to transfer money between his U.S. bank account and his poker accounts.

The court concluded that one of the taxpayer’s three accounts in dispute fit within the definition of a financial account located in a foreign country for purposes of FBAR filing requirements and, thus, required that the taxpayer file an FBAR with respect to the account. The court found that the account was used to facilitate money transmissions to an unrelated domestic bank account or his online poker accounts. In addition the account was with an entity that qualified as a financial institution and was located in and regulated by the United Kingdom.

Under 31 U.S.C. 5312(a)(2)(R) an entity that acts as “a licensed sender of money or any other person who engages as a business in the transmission of funds” qualifies as a “financial institution.”

However, with respect to his two online poker accounts, the court found that, although the taxpayer was required to carry a balance in the accounts, they did not fall within definition of a “bank, securities, or other financial account.” The court reasoned that the poker accounts merely facilitated the taxpayer’s online gambling, as the poker games required that the taxpayer have a certain balance in his accounts before he was allowed entry to a game. The court did not find that the accounts served any other purpose.

The government initially argued that the online poker websites operated as banks, thereby making the accounts associated with the poker websites bank accounts presumably tied to financial institutions. As neither the statute nor the regulations defined banking, the court turned to the dictionary definition of “bank,” which is defined as “an establishment for the custody, loan, exchange, or issue of money, for the extension of credit, and for facilitating the transmission of funds.” As there was no evidence that the poker entities were established for any of those purposes, but only to facilitate poker playing, the court refused to find that the poker entities were functioning as banks.

The court declined to take up the government’s attempt to introduce a counter argument that the poker websites were “casinos” and, therefore, qualified as financial institutions. The court pointed to the fact that the government did not previously raise the argument, and had previously explicitly disclaimed any reliance on this theory.

This entry was posted in Blog, Featured on Homepage, Foreign Income, Tax Reporting and tagged FBAR, tax. Bookmark the permalink.