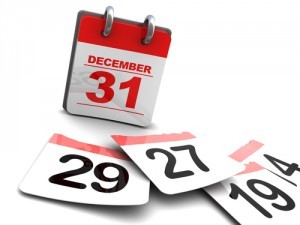 As we move into year end tax planning, we thought it would be good to set the stage for how we will approach this years unique planning challenges. Implementing tax strategies at year-end always presents unique challenges and opportunities. The impact of recent tax legislation and significant IRS rule changes during 2016 raises the stakes. The Protecting Americans from Tax Hikes Act(PATH Act), passed in late 2015, changed — both dramatically and through some nuanced revisions — the dynamics of planning for the expiration of various tax breaks … and the permanence of others. The IRS for its part has been busy creating safe-harbor benefits under the “repair regulations,” clarifying the definition of marriage for tax purposes, fine-tuning Affordable Care Act (ACA) requirements, and more, all of which immediately impact the 2016 tax year.

Balancing the impact of the existing tax rates on a variety of transactions during the year and at year-end can be challenging: the ordinary income tax rates, the capital gain rates, the net investment income tax rate, and the alternative minimum tax (AMT), and more, all may play a role.

Monitoring adjusted gross income (AGI) at year-end can also pay dividends in qualifying for a number of tax benefits. Often tax savings can be realized by lowering income in one year at the expense of realizing a bit more in the other: in this case, either 2016 or 2017. Some of those tax benefits that get phased out depending upon the taxpayer’s AGI level include:

Permanent extenders. The PATH Act permanently extended many tax incentives that were previously temporary, removing for the first time in many years the year-end concern over their temporary applicability. This group includes:

Extenders expiring at end of 2016. The PATH Act renewed several extenders related to individuals only through 2016. This group, which Congress may or may not chose to renew either in the lame-duck session or retroactively sometime in 2017, includes:

Life events such as marriage, birth or adoption of a child, a new job or the loss of a job, and retirement, all impact year-end tax planning.

Marriage. Marital status (single, married or divorced) for the entire tax year is determined on December 31st. Because the income tax brackets vary depending upon filing status, a marriage penalty or a marriage benefit may result for any particular couple.

Same-sex marriage. The Supreme Court held in June 2015 that the Fourteenth Amendment requires a state to license a marriage between two people of the same sex (Obergefell, 2015-1 ustc ¶50,357). The IRS followed up in 2016 with final regulations (TD 9785).

Retirement. Taxpayers may want to take a look at a number of different provisions at year-end in anticipation of retirement, at the point of retirement, or after retirement. Many of these provisions have opportunities and deadlines keyed to the tax year, including minimum distribution requirements and use of Roth conversions/reconversions strategies.

Dependents. A child born at any time during the tax year is consider a child for that entire tax year. Subject to AGI limits, a child born at year-end 2016 entitles the parent to a full $4,050 personal exemption, a full $1,000 child credit, and up to a $3,000 child care credit if eligible. These benefits also have cutoff ages that are keyed to the age of a child at the close of the tax year.

Businesses seeking to maximize tax benefits through 2016 year-end tax planning may want to consider several general strategies, such as use of traditional timing techniques for income and deductions, in addition to the role of the tax extenders (those made permanent and those expiring at the end of 2016), as well as strategies targeted to their particular business.

Code Sec. 179 expensing. The PATH Act permanently sets the Code Sec. 179 expensing limit at $500,000 with a $2 million overall investment limit before phase out (both amounts indexed for inflation, for 2016 at $500,000 and $2.01 million, and for 2017 at $510,000 and $2.03 million, respectively). The Path Act also permanently allows for the expensing of off-the-shelf computer software. New for 2016, the PATH Act also removed the $250,000 cap related to the expensing of qualified real property. In either case, there is no prorated reduction based upon the portion of the year that a qualifying asset is placed in service.

Other permanent incentives. Other business incentives made permanent by the PATH Act include:

WOTC. The PATH Act extended the work opportunity credit (WOTC). In addition, the credit has been expanded and is available to employers who hire qualified long-term unemployment recipients.

A few business extenders are scheduled to expire if not renewed by Congress:

The IRS issued sweeping tangible property regulations ( “repair regs”) in 2013 to govern accounting for costs to acquire, repair and improve tangible property (TD 9636). The “repair regs” impact virtually all asset-based businesses and continue to generate changes in 2016, with additional “clean-up” expected in 2017.

De minimis safe harbor. The tangible property regulations dealing with repairs include a de minimis expensing safe harbor that allows taxpayers to annually elect to deduct the cost of materials and supplies and units of property produced or acquired subject to a per-item dollar limit. Effective starting in 2016, Notice 2015-82 increased the de minimis safe harbor limit under the repair regs — from $500 to $2,500 — for taxpayers without an applicable financial statement (AFS).

Despite waiving the AFS requirement, certain IRS officials have indicated that an unwritten policy employing a $2,500 per-item deduction limit must still be in effect as of the beginning of the 2016 tax year in order for the $2,500 limit to apply for the 2016 tax year. And, therefore, use of the safe harbor for 2017 requires a policy be in place by January 1, 2017.

Remodel-refresh. The IRS supplemented the tangible property regs with a safe harbor that allows a taxpayer operating a retail establishment or a restaurant to change to a method of accounting that allows the taxpayer to treat 25 percent of qualified remodel-refresh costs as capital expenditures under Code Sec. 263 and 75 percent of such costs as currently deductible repair and maintenance expenses. The IRS also described how taxpayers may obtain automatic consent to change to the safe harbor method of accounting.

Until Election Day on November 8, 2016 settles who will be our next president and which party will control the Senate, balancing tax liability between 2016 and 2017 will remain challenging. The following chart illustrates some of the major positions that candidates Donald Trump and Hillary Clinton have taken at this time:

We will continue to keep you abreast of the every changing environment. It is important to start your planning as early as possible. Please call our office to schedule a convenient time to discuss your specific circumstance.

This entry was posted in Blog, Featured on Homepage, Tax Planning and tagged #2016taxplanning, #planning, #taxplanning. Bookmark the permalink.