In light of the most recent natural disasters, including Hurricane Matthew, taxpayers may find it useful to review what IRS-related assistance might be available and what is not covered by typical “tax relief.” This post presents an overview of the ways that the IRS may offer relief to victims of severe storms like Hurricane Matthew, flooding and other types of qualified natural disasters based uponset criteria that are applied when a disaster overlaps with tax deadlines. It also examines the role that the Code Sec. 165 casualty loss deduction plays in providing relief, including advice on what steps taxpayers can take in advance to be better prepared tax-wise for a disaster when it does strike. 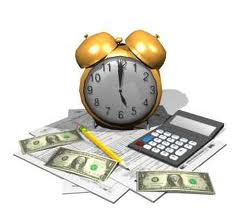 In general, under Code Sec. 165(i)(5), “federally declared disaster” mean any disaster subsequently determined by the President of the United States to warrant assistance by the federal government. Typically, the IRS will include within the scope of its relief any area designated by the Federal Emergency Management Agency (FEMA).

Certain casualty loss deductions offered directly under Code Sec. 165 are available irrespective of designation as a disaster area by the IRS.

For taxpayers to take advantage of the natural disaster related tax relief that the IRS offers, individuals must be “affected taxpayers”. Those individuals who qualify for such postponement of certain tax-related deadlines are outlined in Reg. § 301.7508A-1(d)(1). The regs provide that an affected taxpayer is:

In some instances, taxpayers who are affected by a natural disaster, but who may not be immediately covered by a federal disaster declaration with individual assistance, may also be afforded relief in the interim, as the IRS implements retroactive extensions and other relief for a later designated federal disaster area.

Under Code Sec. 7508A, the IRS has authority to give affected taxpayers an extended date to file most tax returns. In addition, the IRS may postpone tax payments that have either an original or extended due date that falls on or after the start of the disaster, and on or before the date of the extension. The IRS can also postpone periods in which to make contributions to, and distributions from, a qualified retirement plan, as well as recharacterization and rollover elections. Other actions that the IRS can postpone include the filing of a petition with the Tax Court, filing a claim for credit or refund, as well as bringing suit on a claim for credit or refund.

The IRS may also postpone any other act specified in a revenue ruling, revenue procedure, notice, announcement, news release, or other guidance published by the agency. For example, in Rev. Proc. 2007-56, the IRS provided an updated list of time-sensitive acts for which it may postpone performance.

In its latest relief announcement to Hurricane Matthew victims (IR-2016-135), the IRS noted that failure to pay penalties would not be waived for taxpayers on a six-month filing extension from April 15 to October 17 since an extension did not delay the obligation to pay in full on April 15 but rather only the obligation to file.

Additionally, farmers affected by exceptional, extreme or severe drought conditions have been granted additional time to purchase replacement property for livestock they were forced to sell. The IRS is authorized to extend the replacement period in which the sale or exchange of livestock is treated as an involuntary conversion and is solely on account of drought, flood, or other weather-related conditions. For such relief, the replacement period ends four years after the close of the first tax year in which any part of the gain from the conversion is realized.

Arguably, one of the most significant relief provisions available to taxpayers affected by natural disasters is the Code Sec. 165 casualty loss deduction. Such loss deductions, if triggered by a federally declared disaster, provide a mechanism through which a taxpayer may receive an accelerated tax refund.

Individuals and businesses who suffered uninsured or unreimbursed disaster-related losses may claim them on either the return for the year the loss occurred or the return for the prior year. This option not only provides an acceleration of a tax benefit but also an opportunity in the case of personal casualty losses to assess the impact of the deduction floor of 10 percent of adjusted gross income on the size of the potential deduction taken either in the year of the casualty or the prior year.

Casualty loss. For federal income tax purposes, a casualty is a sudden, unexpected, or unusual loss or damage to some property that a taxpayer owns. Losses from the complete or partial destruction of property caused by fire, storm, shipwreck or other casualty are deductible. To be deductible, the loss must have been caused by a casualty and there must be physical damage to the property, as opposed to a mere decrease in value. In order for a taxpayer to claim the loss deduction in the year prior to the year in which the loss occurred, the casualty loss must be attributable to a federally declared disaster.

On October 13, the IRS issued final and temporary regs that extend the due date –without the necessity of issuing a specific notice for each event– by which a taxpayer may make or revoke a Code Sec. 165 disaster loss election.

Also, in some instances, the IRS will not assert that cash payments an employer makes to charitable organizations in exchange for vacation, sick or personal leave made by an employee constitute gross income or wages to the employee. This allows employees to make tax-free donations of leave to their employer without a tax burden.

Personal. The IRS advised that taxpayers should have an updated disaster plan. In addition, taxpayers should keep a duplicate set of key documents including bank statements, tax returns, identifications and insurance policies.

Document valuables. The IRS also advised that taxpayers photograph and videotape their belongings, to include the contents of homes, particularly if items are of high value. Such forward thinking will make it easier for taxpayers to quickly claim any available insurance and tax benefits post-disaster.

As we work through the aftermath of Hurricane Matthew and its impact on our clients, please do not hesitate to contact us to assist in the impact to your specific situation, filing deadlines and potential casualty losses.