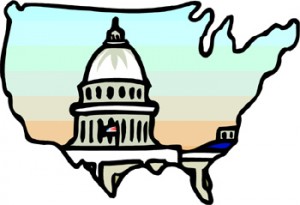 The Trade Preferences Extension Act provides that taxpayers must possess a valid information return (Form 1098-T, Tuition Statement) to claim the tuition and fees deduction, the American Opportunity Tax Credit (a temporarily enhanced version of the HOPE credit) and the Lifetime Learning credit. Another provision in the new law waives certain penalties for educational institutions that fail to file information returns with accurate taxpayer identification numbers (TINs) of students.

A U.S. citizen or resident living abroad may be eligible to elect to exclude from U.S. taxable income certain foreign earned income and foreign housing costs. The Trade Preferences Extension Act limits the child tax credit for taxpayers who elect to exclude from gross income for a tax year any amount of foreign earned income or foreign housing costs. These taxpayers will not be able to claim the refundable portion of the child tax credit for the tax year.

The Trade Preferences Extension Act renews the HCTC, which had expired after 2013. Qualified individuals (and in some cases family members) may claim the HCTC to help offset the cost of health insurance. Covered individuals generally must qualify for Trade Adjustment Assistance (TAA) or qualify as an eligible Pension Benefit Guaranty Corporation (PBGC) pension recipient.

The new law makes the HCTC retroactive to January 1, 2014 and available for months beginning before January 1, 2020.

The Defending Public Safety Employees’ Retirement Act, included in HR 2146, provides certain federal public safety officers with an exemption from the 10-percent penalty on early distributions from a qualified retirement plan. The provision applies to distributions made after December 31, 2015.

If you have any questions regarding these new rules or their impact to your specific tax situation, please do not hesitate to contact us.