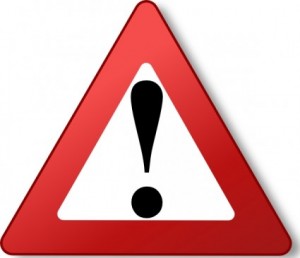 Earlier this year the Internal Revenue Service published the 2015 “Dirty Dozen” list of tax scams. We thought it would be worthwhile to refresh everyone of these scams as we wind down the year.

Phone Scams: Aggressive and threatening phone calls by criminals impersonating IRS agents remains an ongoing threat to taxpayers. The IRS has seen a surge of these phone scams in recent months as scam artists threaten police arrest, deportation, license revocation and other things. The IRS reminds taxpayers to guard against all sorts of con games that arise during any filing season.

Phishing: Taxpayers need to be on guard against fake emails or websites looking to steal personal information. The IRS will not send you an email about a bill or refund out of the blue. Don’t click on one claiming to be from the IRS that takes you by surprise. Taxpayers should be wary of clicking on strange emails and websites. They may be scams to steal your personal information.

Identity Theft: Taxpayers need to watch out for identity theft especially around tax time. The IRS continues to aggressively pursue the criminals that file fraudulent returns using someone else’s Social Security number. The IRS is making progress on this front but taxpayers still need to be extremely careful and do everything they can to avoid becoming a victim.

Return Preparer Fraud: Taxpayers need to be on the lookout for unscrupulous return preparers. The vast majority of tax professionals provide honest high-quality service. But there are some dishonest preparers who set up shop each filing season to perpetrate refund fraud, identity theft and other scams that hurt taxpayers. Return preparers are a vital part of the U.S. tax system. About 60 percent of taxpayers use tax professionals to prepare their returns.

Offshore Tax Avoidance: The recent string of successful enforcement actions against offshore tax cheats and the financial organizations that help them shows that it’s a bad bet to hide money and income offshore. Taxpayers are best served by coming in voluntarily and getting their taxes and filing requirements in order. The IRS offers the Offshore Voluntary Disclosure Program (OVDP) to help people get their taxes in order.

Inflated Refund Claims: Taxpayers need to be on the lookout for anyone promising inflated refunds. Taxpayers should be wary of anyone who asks them to sign a blank return, promise a big refund before looking at their records, or charge fees based on a percentage of the refund. Scam artists use flyers, advertisements, phony store fronts and word of mouth via community groups and churches in seeking victims.

Hiding Income with Fake Documents: Hiding taxable income by filing false Form 1099s or other fake documents is a scam that taxpayers should always avoid and guard against. The mere suggestion of falsifying documents to reduce tax bills or inflate tax refunds is a huge red flag when using a paid tax return preparer. Taxpayers are legally responsible for what is on their returns regardless of who prepares the returns.

Abusive Tax Shelters: Taxpayers should avoid using abusive tax structures to avoid paying taxes. The IRS is committed to stopping complex tax avoidance schemes and the people who create and sell them. The vast majority of taxpayers pay their fair share, and everyone should be on the lookout for people peddling tax shelters that sound too good to be true. When in doubt, taxpayers should seek an independent opinion regarding complex products they are offered.

Falsifying Income to Claim Credits: Taxpayers should avoid inventing income to erroneously claim tax credits. Taxpayers are sometimes talked into doing this by scam artists. Taxpayers are best served by filing the most-accurate return possible because they are legally responsible for what is on their return.

Excessive Claims for Fuel Tax Credits: Taxpayers need to avoid improper claims for fuel tax credits. The fuel tax credit is generally limited to off-highway business use, including use in farming. Consequently, the credit is not available to most taxpayers. But yet, the IRS routinely finds unscrupulous preparers who have enticed sizable groups of taxpayers to erroneously claim the credit to inflate their refunds.

Frivolous Tax Arguments: Taxpayers should avoid using frivolous tax arguments to avoid paying their taxes. Promoters of frivolous schemes encourage taxpayers to make unreasonable and outlandish claims to avoid paying the taxes they owe. These arguments are wrong and have been thrown out of court. While taxpayers have the right to contest their tax liabilities in court, no one has the right to disobey the law or disregard their responsibility to pay taxes. The penalty for filing a frivolous tax return is $5,000.

If you have any questions regarding this list and how to avoid these scams, please do not hesitate to contact us.