How The IRS Resolves An Identity Theft Case 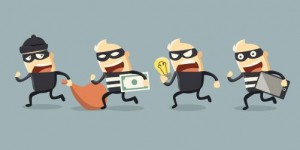 Just as the incidence of tax-related identity theft continues to increase, the IRS’s procedures for addressing the problem continue to evolve. The IRS has responded to criticism from the Treasury Inspector General for Tax Administration (TIGTA) and the National Taxpayer Advocate, among others, that resolution of identity theft accounts took too long by increasing its measures to flag suspicious tax returns, prevent issuance of fraudulent tax refunds, and to expedite identity theft case processing. As a result, the IRS’s resolution time has experienced a moderate improvement from an average of 312 days, as TIGTA reported in September 2013 to an average of 278 days as reported in March 2015. (The 278-day average was based on a statistically valid sampling of 100 cases resolved between August 1, 2011, and July 31, 2012.) The IRS has recently stated that its resolution time dropped to 120 days for cases received in filing season 2013.

While it is possible that when the statistics for the 2014 and 2015 filing seasons are compiled, they could reveal an increased drop in resolution time, in the meantime, taxpayers who find themselves victims of tax refund identity theft can still find the road to resolution a frustrating and time-consuming process. This article seeks to explain the various pulleys and levers at play when communicating with the IRS about an identity theft case.

A taxpayer may become aware that he or she is a victim of tax-related identity theft when the IRS rejects their tax return because someone has already filed a return using the taxpayer’s name and/or Social Security number. A taxpayer may also receive correspondence directly from the IRS that informs them, prior to filing, that someone has filed a suspicious return under their information. In other cases, a taxpayer may have had his or her identity information compromised and wishes to alert the IRS as to the possibility that he or she may be targeted by an identity thief.

For all such cases, the IRS has created Form 14039, Identity Theft Affidavit. Taxpayers who are actual or potential victims of tax-related identity theft may complete and submit the Affidavit to ensure that the IRS flags the tax account for review of any suspicious activity. Taxpayers who have been victimized are asked to provide a short explanation of the problem and how they became aware of it.

The Identity Theft Affidavit may also be submitted by taxpayers that have not yet become victims of tax-related identity theft, but who have experienced the misuse of their personal identity information to obtain credit or who have lost a purse or wallet or had one stolen, who suspect they have been targeted by a phishing or phone scam, etc. The form asks these taxpayers to briefly describe the identity theft violation, the event of concern, and to include the relevant dates.

Along with the Affidavit describing the problem, a taxpayer must submit a clear and legible photocopy of one of the official documents listed on the Form 14039 to verify identity. Accepted documents include a copy of a passport, driver’s license, Social Security Card, and other valid U.S. Federal or State government issued identification (but not an employee badge).

Once the Form 14039 has been completed and submitted, the taxpayer should expect to receive a Notice CP01S from the IRS by mail. The Notice CP01S simply acknowledges that the IRS has received the taxpayer’s Identity Theft Affidavit and reminds the taxpayer to continue to file all federal tax returns.

The IRS has implemented a pre-screening procedure for suspicious tax returns. Rather than halt the refund process entirely, which can prevent a refund claimed on a legitimately filed return, the IRS has provided taxpayers with the opportunity to verify their identity.

Now when the IRS receives a suspicious return, it will send a Letter 5071C or Notice CP01B to the taxpayer requesting him or her to either visit idverify.irs.gov or call the toll-free number listed on the header of the letter (1-800-830-5084) within 30 days. When the taxpayer does this, the taxpayer will encounter a series of questions asking for personal information, such as previous addresses. If the taxpayer fails to respond to the verification request or responds and answers a question incorrectly the IRS will flag the return as fraudulent and follow the prescribed procedures for resolving identity theft cases.

The IRS strongly advised taxpayers to use the idverify.irs.gov website to avoid long telephone wait times. The IRS has stated that following a successful verification, the taxpayer’s refund will be processed in approximately six weeks.

After a tax return has been flagged with the special identity theft processing code, the IRS will assign the case to a tax assistor. TIGTA reported that the IRS assigns each case priority based first on its age and then by case type—for example, with cases nearing the statute of limitations placed first, followed by cases claiming disaster relief, and then identity theft cases.

Since Fiscal Year (FY) 2013, the IRS has supposedly limited tax assistors’ case inventories to no more than 50 cases, a policy meant to ensure that assistors can manage their work load and prevent the lengthy periods where no progress was accomplished towards resolution. However, TIGTA reported that identity theft cases are frequently reassigned to multiple tax assistors, and there are often long lag times where no work is accomplished toward resolution.

The IRS has also created the Identity Protection Personal Identification Number (IP PIN) project, which is meant to prevent taxpayers from being victimized by identity thieves a second time after the IRS has resolved their cases and closed them. The IP PIN is a unique six-digit code that taxpayers must enter on their tax return instead of their Social Security number or taxpayer identification number (TIN) at the time they file their tax return. The IP PIN is only good for one tax year.

The IRS assigns an IP PIN to a taxpayer by sending him or her a Notice CP01A. Generally this Notice is issued in December in preparation for the upcoming filing season. The taxpayer then enters it into the appropriate box of his or her federal tax return (for example, Forms 1040, 1040A, 1040EZ or 1040 PR/SS). On paper returns, this box is located on the second page, near the signature line. When e-filing, the tax software or tax return preparer will indicate where the taxpayer should enter the IP PIN. The electronic filing identification number and IP PIN are different numbers.

The IRS also announced that it will invite approximately 1.7 million taxpayers to voluntarily opt into the IP PIN program where the IRS has identified certain indicators of identity theft on their tax accounts. Eligible taxpayers will generally receive a Notice CP01F inviting them to create an online account, verify their identities, and obtain an IP PIN.

Another way into the IP PIN program is available to certain taxpayers who filed 2013 federal income tax returns with addresses in Florida, Georgia, and the District of Columbia. These areas have the highest per-capita percentage of tax-related identity theft. As such, the IRS will allow taxpayers residing in these areas to request an IP PIN through a special pilot program.

Taxpayers who have been assigned an IP PIN, but who have lost or misplaced it cannot electronically file their tax returns until they have located it. Previously such taxpayers had no way to retrieve their IP PIN and had to file on paper. Their tax returns would be subject to additional screenings and delays. Beginning on January 14, 2015, however, taxpayers who had lost their IP PINs were able to retrieve them by accessing their online accounts and providing the IRS with specific personal information and answer a series of questions to verify identity. Taxpayers could also contact the Identity Protection Specialized Unit to receive a replacement IP PIN, although the IRS warned that using a replacement IP PIN would result in additional refund processing delays.

If you have been a victim of IRS identity theft and need assistance resolving this matter, please do not hesitate to contact us.