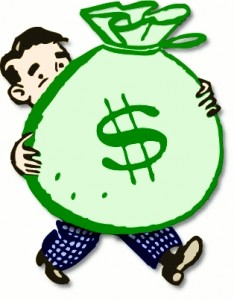 Year-end tax planning for individuals and businesses provides not only the opportunity to review the activities of the past year, it also generates an invaluable opportunity to leverage tax planning techniques as they relate to new developments. As in past years, individuals and businesses need to question the status quo, explore new strategies, and evaluate potential plans – most of which is done best before the current tax year closes.

Tax legislation – or the lack of tax legislation –is again an essential consideration in year-end planning. A host of individual and business tax extenders had not yet been renewed by Congress for 2015. Comprehensive tax reform continues to be discussed in Washington, but as year-end approaches it is almost certain that no major changes will be made to the Tax Code. Some stand-alone bills and possible revenue provisions within a Highway Bill, as well as the expected passage of the tax extenders, may provide year-end planning opportunities.

Assessing current income or expenses, gains and losses, to map out a year-end buy, sell or hold strategy later makes particular sense, as markets –and the economy in general– continue to make adjustments.

Income and capital gains/ dividends. Spikes in income, whether capital gains or other income, may push capital gains into either the top 39.6 percent bracket (for short-term gains) or the 20 percent capital gains bracket. Spreading the recognition of certain income between 2015 and 2016 may help minimize the total tax paid for the 2015 and 2016 tax years. And those individuals finding themselves in the 15 or 10 percent tax brackets should consider recognizing any long-term capital gain available to the extent that, with other anticipated income, will not exceed the top of the 15 percent bracket ($74,900 for joint filers and $37,450 for singles in 2015).

Net Investment Income Tax. Since creation of the NII tax, individuals have learned that NII encompasses more than capital gains and dividends. NII includes income from a business in which the taxpayer is a passive participant. Rental income may also be considered NII unless earned by a real estate professional. The NII threshold amount is equal to: $250,000 in the case of joint returns or a surviving spouse; $125,000 in the case of a married taxpayer filing a separate return, and $200,000 in any other case. These threshold amounts are not indexed for inflation.

Tax extenders for individuals. Under current law, a number of popular but temporary tax incentives are not available for 2015 unless extended by Congress. For individuals, these include the state and local sales tax deduction, the higher education tuition and fees deduction, a mortgage debt forgiveness exclusion, the teachers’ classroom expense deduction and the residential energy property credit.

Estate and gift taxes. The maximum federal unified estate and gift tax rate is 40 percent with an inflation-adjusted $5 million exclusion (up to $5.43 million for gifts made and estates of decedents dying during 2015). The annual, use-it-or-lose-it gift tax exclusion allows taxpayers to give up to an inflation-adjusted $14,000 to any individual ($28,000 for married individuals who “split”gifts), gift-tax free and without counting the amount of the gift toward the lifetime $5 million exclusion, adjusted for inflation and double for married couples who share the exclusion.

As in past years, business tax planning is uncertain because of the expiration of many popular but temporary tax breaks that have been part of an “extenders”package of legislation. Also added to the mix is the far-reaching ACA. Other changes to the tax laws in 2015 made by new regulations and other IRS guidance should also be considered in assessing year-end strategies.

Code Sec. 179 expensing. Code Sec. 179 property includes new or used tangible property that is depreciable under Code Sec. 1245 and that is purchased to use in an active trade or business. Under enhanced expensing, for 2014 and prior years, businesses could write off ( “expense”) up to $500,000 in qualifying expenditures, and would not reduce this amount unless expenditures exceed $2 million. Until the enhanced provisions are extended, these limits, respectively, are $25,000 and $200,000 for 2015 and later years.

“Repair” regulations. A potentially beneficial provision in final, so-called “repair”regulations is the de minimis safe harbor. The safe harbor enables taxpayers to routinely deduct items whose cost is below the specified threshold. The de minimis safe harbor is an annual election, not an accounting method, so it can be made and changed from year to year. The current threshold is set at: $5,000 for taxpayers with an applicable financial statement (taxpayers with an AFS should have a written policy in place by the beginning of the year that specifies the amount deductible under the safe harbor); and $500 for taxpayers without an AFS.

Vehicle depreciation limits. The IRS released the inflation-adjusted limitations on depreciation deductions for business-use passenger automobiles, light trucks, and vans first placed in service during calendar year 2015. The IRS also modified the 2014 first-year limitations by $8,000 to reflect passage of the Tax Increase Prevention Act of 2014, which retroactively extended bonus depreciation for 2014 late last year. It is uncertain whether anticipated 2015 extenders legislation will make the same retroactive adjustment for 2015.

Affordable Care Act — PACE Act. In October 2015, Congress passed the Protecting Affordable Coverage for Employees (PACE) Act, which maintains the current language in the ACA that defines “small employer” as an employer with fewer than 50 full-time employees on average during the prior calendar year for purposes of the small group health market. The PACE Act, however, gives states the option to apply the original definition of small employer to employers with 51 to 100 employees for purposes of the small group health market. Employers should check state law.

Small Business Health Care Tax Credit. Small employers with no more than 25 full-time equivalent employees may qualify for a special tax credit to help offset the cost of health insurance for their employees. The employer must pay average annual wages of no more than $50,000 per employee (indexed for inflation) and maintain a qualifying health care insurance arrangement.

Due to changes in the tax laws and other events, some deadlines will be changing starting in 2016; with others starting for 2016 returns filed in 2017. As a result, planning at year-end 2015 might start factoring in some of these deadlines when setting out schedules and strategies at the start of 2016. Notably, under the Surface Transportation and Veterans Health Care Choice Improvement Act of 2015, partnerships will be subject to an earlier March 15 deadline and C corporations generally will move to an April 15th deadline starting for 2016 tax year returns. Extensions-to-file are also adjusted. The FBAR deadline also will move, from June 30 to April 15.

Individual returns. A Washington, D.C. holiday, Emancipation Day, will shift the filing and payment deadline for 2015 individual returns from April 15, 2016 to April 18, 2016. Taxpayers in two states (Maine and Massachusetts) will have one additional day to file because of Patriots Day, which will be observed on April 18, 2016 in those states.

While new and pending developments play a critical role in year-end tax planning, traditional year-end planning techniques should not be overlooked. These techniques principally hinge upon the goal of smoothing out taxable income between the year about to close and the next year as best as can be predicted. In turn, such planning relies on strategies to accelerate or deferred income and expenses as required. Some of the most common techniques include:

Income Acceleration into 2015 (for deferral to 2016, delay the following actions):

Deductions/Credit Acceleration into 2015 (for deferral to 2016, take contrary actions as appropriate):

If you have any questions regarding your specific situation or would like to schedule a one-on-one planning meeting, please do not hesitate to contact us.