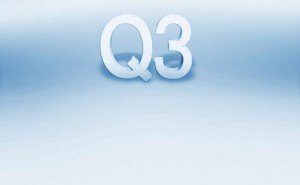 During the third quarter of 2015, there were many important federal tax developments. The following highlights some of the more significant developments for you.

President Obama signed the Surface Transportation and Veterans Health Care Choice Improvement Act of 2015 in July. Although the highway and transportation funding portion of the Act is temporary, the tax compliance measures are permanent. Among other provisions, the Act revises the Affordable Care Act (ACA)’s employer shared responsibility requirements (also known as the employer mandate). Under the Act, an individual is not taken into account for purposes of the ACA’s employer shared responsibility requirements for applicable large employers (ALEs) if the individual has coverage under TRICARE or a VA health care program. The Act also makes changes to the filing due dates of certain tax and information returns. Other provisions in the Act impact veterans, colleges and universities, and mortgage service providers.

The House Ways and Means Committee in September approved five tax measures in stand-alone bills that are typically part of an extenders package. The extenders moved by the committee include the Educator Tax Relief Bill of 2015 (HR 2940), which makes permanent the above-the-line deduction for classroom expenses of schoolteachers; the Restaurant and Retail Jobs and Growth Bill (HR 765), which makes permanent the 15-year depreciation schedule for leasehold improvements, restaurant improvements and new construction, and retail improvements; HR 2510, which would make permanent bonus depreciation; and HR 961, which permanently extends the Subpart F exemption for active financing income.

The House approved the Equitable Access to Care and Health (EACH) Bill (HR 2061), which would expand the religious conscience exemption to the ACA’s individual mandate. The bill would exempt individuals who rely solely on a religious method of healing and for whom the acceptance of medical health services would be inconsistent with their religious beliefs from the requirement to purchase and maintain minimum essential health care coverage as required by the ACA.

In September, a bipartisan group of lawmakers introduced legislation to repeal a provision in the ACA known as the “Cadillac plan” excise tax. The ACA imposes a 40 percent excise tax on health coverage providers starting in 2018 to the extent that the aggregate value of employer-sponsored health coverage for an employee exceeds a threshold amount.

Just before the Congress’ August recess, the Senate Finance Committee (SFC) marked up the Tax Relief Extension Act of 2015 (Sen. 1946). The SFC bill would extend many of the extenders for two years (retroactive to January 1, 2015 and through 2016).

The IRS announced plans in September to extend some transitional rules for implementation of the Foreign Account Tax Compliance Act (FATCA). Extensions, the agency explained, will apply to the date for when withholding on gross proceeds and foreign pass-through payments will begin; the use of limited branches and limited foreign financial institutions (limited FFIs); and the deadline for a sponsoring entity to register its sponsored entities and re-document those entities with withholding agents.

The IRS issued proposed regulations on a new tax under Code Sec. 2801 that applies to transfers of property from individuals who abandoned U.S. citizenship or residency and who later make a gift or bequest to U.S. taxpayers (individuals and domestic trusts). The tax applies to covered transfers of property on or after June 17, 2008, but does not have to be paid until the IRS issues final regulations and new Form 708.

The IRS issued temporary and final regulations in September that tighten the rules requiring current taxation of controlled foreign corporations (CFCs). The regulations expand the definition of taxable U.S. property to encompass certain partnership transactions, and tighten the rules that exclude rent and royalty income from treatment as Subpart F income.

The IRS announced in September that it will cease issuing private letter rulings on Code Sec. 355 spinoffs that raise tax avoidance concerns. The new ruling policies apply to ruling requests received on or after September 14, 2015 and to distributions after that date. The IRS indicated that certain proposed spinoffs lack an adequate business purpose and would primarily serve as devices for the tax-free distribution of investment assets, rather than assets of an active trade or business. The spinoffs may also be used to circumvent the General Utilities doctrine (which allowed corporations to distribute appreciated property tax-free), the IRS explained.

Reversing the Tax Court, a panel of the Court of Appeals for the Ninth Circuit found that when multiple unmarried taxpayers co-own a qualifying residence, the debt limit apply per taxpayer and not per residence. ( Voss, CA-9, August 7, 2015).

The Tax Court found in August that payments following a taxpayer’s divorce did not constitute alimony. The court agreed with the taxpayer that the payments were excluded from income because the payments failed to satisfy the criteria for alimony under Code Sec. 71(b) ( Crabtree, TC Memo. 2015-163).

IRS Chief Counsel determined that a state excise tax on marijuana products is described in Code Sec. 164 and that taxpayers in a marijuana-related business can treat the excise tax as a reduction in the amount realized on the sale of marijuana-related property. Code Sec. 280E’s denial of deductions and credits for businesses involved in illegal drugs does not apply to a tax that reduces the amount realized. The tax is neither a deduction from gross income nor a tax credit.

The Treasury Inspector General for Tax Administration (TIGTA) released a report on the 2015 filing season. TIGTA found errors in IRS processes that resulted in the incorrect disallowance of educator expense deductions and residential energy credits. According to TIGTA, this resulted from incorrect educator expense procedures used by tax examiners and a computer programming error as well as tax examiners not following procedures when working residential energy credit claims.

If you have any questions about any of these developments or how they impact your specific situation, please do not hesitate to contact us.