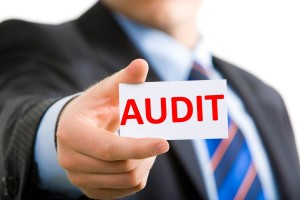 Since FY 2007, the audit coverage rate for partnerships has been in the neighborhood of 0.40 percent, the IRS reported.

Koskinen attributed the decline in audit coverage to recent cuts in the agency’s budget. The IRS budget has fallen by more than $1.2 billion in the last five years, Koskinen said. Like overall IRS staffing, the number of compliance employees who conduct audits has also fallen sharply during this period.

The Consolidated and Further Continuing Appropriations Act, 2015 reduced the agency’s FY 2015 budget by approximately $346 million. President Obama has proposed to fund the IRS at $12.9 billion for FY 2016, reflecting a $2 billion increase over FY 2015. This would help the IRS stop this decline in enforcement efforts and help improve critical taxpayer services, Koskinen predicted. Koskinen is scheduled to testify before House and Senate panels this week about the agency’s FY 2016 budget request.

This entry was posted in Blog, Featured on Homepage, Tax Notes and tagged #2014auditstats, #taxaudit. Bookmark the permalink.