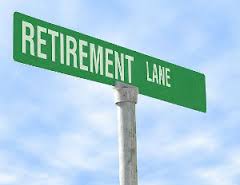 Yes, we have entered a new world of tax law. Now, not only do we need to worry about laws passed by Congress, but now we have to pay attention to tax laws passed by executive order. On January 29, 2014, President Obama created the new myRA retirement savings vehicle and instructed the Treasury department to issue final rules clarifying the details of the new vehicle. The Treasury issued this final regulations in late 2014.

Contributions to a myRA will be made only by automatic payroll debit, established by a participant after he or she makes an affirmative election to do so. Treasury may later expand the program to allow participants to make contributions by other means, such as by direct transfers from the saver. Also, the Treasury does not intend for employers to implement automatic contribution arrangements without the employee’s affirmatively election.

Contributions
Treasury clarified in its final rule that myRA participants may make an annual contribution up to the maximum amount allowed under Code Sec. 408 for IRA contributions during that particular tax year. Contributions to a myRA are invested in the Government Securities Investment Fund ( “G Fund”), which was previously available only to federal employees participating in a Thrift Savings Plan. Retirement savings invested in a myRA will earn interest at the annual percentage rate, compounded daily, that applies to the securities within its portfolio.

Because myRA contributions are invested in Treasury securities, they will never lose value. However, this means they will earn value at interest rates that typically yield a lower return than investments in equities.

Participation
Individuals may participate in the plan for a maximum of 30 years or until the total value of the myRA savings bond reaches $15,000. Participants are also free at any time to transfer their myRA balance to a commercial financial services provider. Participants may also keep the same myRA account and continue to make contributions, even if they change jobs.

Participants can withdraw money they put into their myRA accounts tax-free and without penalty at any time. Participants can withdraw interest earned in their account without tax or penalty five years after their first contribution and if they are age 59 Â½, or meet certain conditions, such as using the funds for the purchase of a first home. Otherwise,  interest earnings would be taxable, and, unless certain other conditions are met, may also be subject to a 10 percent additional tax.

ERISA
An employer that establishes or maintains a myRA on behalf of its employees will not be considered to establish or maintain an “employee pension benefit plan”within the meaning of section 3(2) of ERISA, DOL explained. The character of the program—namely its voluntary nature, its establishment, sponsorship, and administration by the federal government, and the absence of any employer funding or role in its administration or design—ensured the myRA lay outside the purview of section 3(2).

If you want to learn more about the new myRA retirement savings vehicle, please do not hesitate to contact us.

This entry was posted in Blog, Featured on Homepage, Tax Notes, Tax Planning and tagged #executiveorder, #myRA. Bookmark the permalink.
Logging In...