2015 Should be Year for Tax Reform 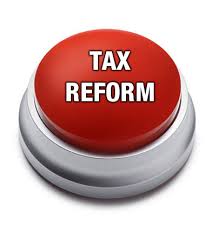 Expectations are rising in Washington that the president and the leaders of the Republican-controlled Congress will seek some sort of tax reform agreement. Since the November elections, President Obama has signaled to Democrats and Republicans that he wants to see a serious attempt at tax reform in 2015. Republican leaders, for their part, say taxes are one area where they believe compromise is available. “I can tell you broadly what I’d like to see. I’d like to see more simplicity in the system. I’d like to see more fairness in the system,” Obama said in December.

Both the White House and Congressional Republicans agree that the Tax Code is too complex. The corporate tax rate of 35 percent is the highest among industrialized nations. A myriad of tax incentives, some permanent, some extended, are available to individuals and businesses. The Patient Protection and Affordable Care Act (PPACA) has imposed new reporting and filing requirements on individuals and businesses. As Obama said in a speech last December touching on tax reform, “the devil is in the details.”

In December, President Obama said that his administration would immediately begin to hold talks at the staff level with GOP members of Congress to outline the parameters of tax legislation in 2015. “The tax area is one area where we can get things done. And I think in the coming weeks, there will be some conversations at the staff levels about what principles each side are looking at,” the President said. Obama also signaled he was serious about tax reform during a speech at year-end to business executives. The president indicated he remains open to future extensions of expired tax provisions, but he believes they should be done as part of tax reform.

Perhaps the most contentious area for agreement between Democrats and Republicans is that tax reform should embrace the principle of revenue neutrality. Democrats would reach this goal by increasing taxes on higher income individuals. That move is certain to meet opposition from Republicans.

Senate Finance Committee Chair Orrin Hatch, R-Utah, is emerging as one of the proponents of tax reform in the 114th Congress. In a January op-ed, Hatch launched the first salvo of the New Year on the subject, saying “tax reform is no longer an option but an obligation. With the start of the new Congress, Washington has an opportunity to rebuild the Tax Code in a way that will spur economic growth, jump-start job creation, and once again restore prosperity to the American people.”

To reach this goal, however, Hatch insisted that the White House must “get in the game and start to lead.” Hatch said this would entail putting smart policy ahead of poll-tested talking points and working with Congress in good faith. In addition, Hatch said it would mean accepting principles established by Congress to lay the foundation for true reform. This is where true compromise will have to take place as Republican leaders are skeptical of President Obama’s desire to push through true tax reform.

Hatch stated that the most important tax reform principles are those followed by President Reagan almost 30 years ago when Congress last acted to overhaul the Tax Code: economic growth, fairness, and simplicity. Hatch said that tax reform should promote growth in the economy and reduce economic distortions. Moreover, it must eliminate the uncompetitive nature of the Tax Code and reduce disincentives to work, entrepreneurship, savings, and investment.

One of the House’s senior Democrats, Chris Van Hollen, D-Md., has emerged as a standard-bearer of individual tax reform. Van Hollen recently proposed creating a paycheck bonus tax credit of $1,000 for single individuals earning less than $100,000 each year and a paycheck bonus tax credit of $2,000 for married couples earning less than $200,000 each year. The estimated $1.2 trillion proposal would be paid for by a new tax on financial transactions. Van Hollen and some House Democrats have also called for increasing the child and dependent care tax credit, enhancing the EIC, and making permanent the American Opportunity Tax Credit (AOTC).

In 2012, President Obama described a “Framework for Corporate Tax Reform.” The Framework proposed linking any reduction in the corporate tax rate to the elimination of business tax preferences. The Framework proposed to eliminate the last-in, first-out (LIFO) method of accounting, certain fossil fuel preferences, and reform the tax treatment of insurance industry and products. In exchange, the corporate tax rate would be reduced to 28 percent (with a 25 percent rate available to qualified manufacturers). The Framework also proposed a minimum tax on foreign income. Income earned by subsidiaries of U.S. corporations operating abroad would be subject to a minimum rate of tax. Additionally, the Framework would tax carried interest at ordinary income.

In late 2014, President Obama indicated that he continues to support his 2012 Framework. President Obama noted that the administration is aware that there are companies that are paying the “full freight,” 35 percent, which he called “higher than just about any other company on Earth if—if you’re paying 35 percent.” In addition, President Obama said that there are other companies that are paying zero. “There are companies that are parking money outside the country because of tax avoidance. We think that it’s important that everybody pays something if, in fact, they are effectively headquartered in the United States.” On corporate inversions, Obama highlighted companies doing what he termed, “paying their fair share of taxes. I think that needs to be fixed.” He added, “Fairness, I think is going to be very important. Some of those principles, I’ve heard Republicans say they share.”

House Ways and Means Chairman Paul Ryan, R-Wis., recently said that it would be better than nothing if Congress only addresses corporate tax reform in the coming year and leaves changes to individual taxation for another year. Ryan has already slated a Ways and Means hearing to look at jumpstarting the economy.“American job creators face an uncompetitive tax code, rising costs, restrictions abroad on U.S. goods and services, and a stifling regulatory apparatus here at home,” Ryan said in announcing the hearing.

Tax extenders will also have to be addressed again as the Tax Increase Prevention Act of 2014 merely extended the incentives through 2014. Both sides agree that the research and development tax credit should be made permanent, but they split on things such as tradeoffs from enhancing the earned income credit (EIC) and other credits aimed at lower income families. President Obama has signaled his support for the EIC and other incentives for families, such as the child tax credit. Look for significant horse trading as lawmakers struggle to decide on what provisions to keep, make permanent, or get rid of altogether.

To pay for health care reform, the PPACA created a number of new revenue raisers. These include the employer shared responsibility requirement, the medical device excise tax, the so-called “Cadillac tax” on high-dollar health plans, new rules for deducting medical expenses, and much more. When Democrats controlled the Senate, supporters of the PPACA could table bills from the GOP-controlled House that proposed to repeal or modify any of these provisions. Now, the GOP controls both chambers and Republican leaders have indicated they want to repeal the PPACA. One of the first-tax related provisions that will likely come up for a repeal vote is the medical device excise tax. Supporters already have enough pass a medical device excise tax repeal bill in the House and the Senate will likely go along. Bills to repeal other provisions are expected to be introduced shortly. President Obama has said he will veto any bills to weaken the PPACA.

We will keep you posted as Congress heats up its discussion on tax reform for the remainder of 2015.

This entry was posted in Blog, Featured on Homepage, Tax Notes and tagged #2015taxreform, #taxreform. Bookmark the permalink.
Logging In...