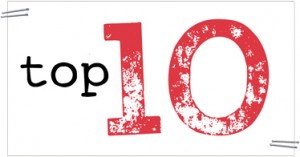 With the 2014 tax filing season coming to an end, we thought it would be a good idea to look back and reflect on the major developments of 2014 and how they will shape our planning for 2015. 2014 was a notable year for tax developments on a number of fronts. Selecting the “top ten” tax developments for 2014 necessarily requires judgment calls based upon uniqueness, taxpayers affected, and forward-looking impact on 2015 and beyond. The following “top ten” list of 2014 tax developments reflects this prioritization. Nevertheless, other 2014 developments may prove more significant to a particular client, depending upon circumstances.

#1. Passage of the extenders package

2014 was not a year for major tax legislation in Congress. In fact, Congress even failed to pass its usual two-year extenders package, instead settling on a one-year retroactive extension to January 1, 2014. As one senator put it, “This tax bill doesn’t have the shelf life of a carton of eggs,” referring to the fact that the 50-plus extenders provisions, signed by President Obama on December 19, 2014, expired again on January 1, 2015. Instead, it has been left to the 114th Congress to debate the extension of these tax breaks in 2015 and beyond, and for taxpayers to guess what expenses in 2015 will again be entitled to a tax break.

In many ways, 2014 was a transition year for the Affordable Care Act. One of the most far-reaching requirements, the individual shared responsibility provision (also known as the “individual mandate”), took effect on January 1, 2014. Unless exempt, individuals who fail to carry minimum essential health coverage will make a shared responsibility payment in 2015. Another key provision, the employer shared responsibility ( “employer mandate”), was further delayed to 2015. Employer reporting under and insurer reporting for 2014 is voluntary. The IRS also issued guidance on the premium assistance tax credit and other provisions of the Affordable Care Act, and developed new forms for reporting many new requirements. Meanwhile, the Supreme Court announced it would review a decision by the Fourth Circuit Court of Appeals upholding IRS regulations on the premium assistance tax credit, a critical component to making the Affordable Care Act viable nationwide. The Supreme Court is expected to announce its decision in June 2015.

Treasury and the IRS increased their focus on requirements that U.S. taxpayers report foreign income and assets. The government took the final steps to implement the requirements for U.S. taxpayers and foreign financial institutions to report foreign assets under the Foreign Account Tax Compliance Act (FATCA), including providing some limited transition relief. The government also tweaked its programs to induce U.S. taxpayers to report undisclosed income and assets from prior past years. At the same time, the IRS and the Department of Justice went to court to seek civil and criminal penalties, including jail time, against willful tax evaders. Additionally, the Organisation for Economic Development and Co-operation (OECD) has developed a comprehensive plan for greater exchange of information and boosting tax compliance.

In 2014, the IRS finished issuing the necessary guidance on the treatment of costs for tangible property under the sweeping so-called “repair” regulations, which impact most businesses. The most important development was the issuance of final regulations on the treatment of dispositions of tangible property, including the identification of assets, the treatment of dispositions, and the computation of gain and loss, particularly in the context of general asset accounts (TD 9689). The IRS also issued several revenue procedures that granted automatic consent for taxpayers to change to the accounting methods allowed by the final regulations. The complexity of the repair regulations has not gone unnoticed by many tax professionals, who have asked the IRS to simplify some of the provisions.

IRS Commissioner John Koskinen predicted a complex and challenging 2015 filing season due to cuts in the Service’s funding. Koskinen highlighted the Service’s having to do more with less because of the budget cuts. The IRS is funded at $10.9 billion for fiscal year (FY) 2015, which is $1.5 billion below the amount requested by the White House. The FY 2015 budget reduction “undercuts our ability to enforce the Tax Code,” Koskinen said. “We will do everything we can to protect the integrity of the filing season.” More budget cuts could cause “the wheels to start to fall off,” he predicted. The IRS could face a another round of budget cuts under the new Republican-controlled Congress for FY 2016.

Many higher-income individuals were surprised to learn the full impact of the net investment income (NII) tax on their overall tax liability only during the 2014 filing season when their 2013 returns were filed. Starting in 2013, taxpayers with qualifying income have been liable for the 3.8 percent net investment income (NII) tax. The threshold amounts for the NII tax are: $250,000 in the case of joint returns or a surviving spouse, $125,000 in the case of a married taxpayer filing a separate return, and $200,000 in any other case. These amounts are not indexed for inflation. Recent run ups in the financial markets, combined with the fact that the NII thresholds are not adjusted for inflation, have increased the need to implement strategies that can avoid or minimize the NII tax.

Issues persist that reduce certainty surrounding NII tax liability, in particular determining how a taxpayer “materially participates” in an activity to the extent it is exempt from the NII tax.

A number of changes were made during 2014 affecting IRAs and other qualified plans which, cumulatively, rise to the level of a “top tax development” for 2014:

Although clearly not confined to the area of federal tax, identity theft has been a major issue for both the IRS and taxpayers. In 2014, the IRS put new filters in place and took other measures to curb tax-related identity theft. The agency also worked with software developers, financial institutions and the prepaid debit card industry to combat identity theft.  The IRS also created identity protection personal identification numbers (IP PINs). However, few believe that the IRS has yet turned the tide.

After the Supreme Court struck down Section 3 of the Defense of Marriage Act in Windsor, the IRS issued guidance in 2013 adopting a place of celebration approach to recognizing same-sex marriage. The IRS followed-up with additional guidance in 2014 that required employers to take note of Windsor 2013-2, with regard to workplace tax benefits. Notably, the IRS focused on what changes needed to be made to retirement plan benefits in light of Windsor.

Although 2014 was clearly not the year for tax reform (despite some 2013 forecasts that it would be), the foundations for serious tax reform discussions were laid in 2013 and 2014, when Congressional hearings and studies took place. Looking ahead to 2015 and beyond, there is optimism that Congress will complete some form of tax reform in 2015 or 2016.

The major difference of opinion, however, surrounds whether or not the reform would only address corporate tax provisions or also include individual provisions. Corporate reform has been pushed into the spotlight lately both by the controversy surrounding corporate inversions in changing foreign headquarters and by the general concern that American international business competitiveness is lessened by high U.S. corporate tax rates.

House Ways and Means Committee Chair Dave Camp, R-Mich., on the other hand has called for tackling comprehensive tax reform on both the business and individual side. His failed Tax Reform Bill of 2014 (HR 1) was intended to make the Code “more effective and efficient,” according to Camp, by getting rid of narrowly targeted provisions to lower tax rates across the board. “This will enable small and large businesses alike to expand operations, hire new workers, and increase benefits and take-home pay,” he said. The new Ways and Means Chair, Rep. Paul Ryan, R-Wisc., has said that Camp’s proposals could lay the foundation for tax reform in 2015. The new chair of the Senate Finance Committee has said he will hold tax reform hearings in 2015.

Some other notable federal tax developments in 2015 were:

If you have any questions regarding our outlook for 2015 or the impact of the above items, please do not hesitate to contact us.