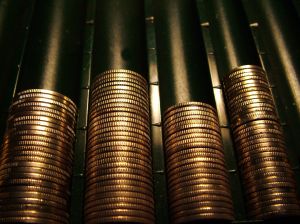 In an effort to reduce tax refund fraud, the IRS beginning January 2015, will implement a restriction of a maximum of three electronic direct deposits of tax refunds into a single financial account or prepaid debit card.  The taxpayers that exceed this three limit maximum will receive any succeeding refunds via a paper check rather than direct deposit.

Those taxpayers requesting more than three direct deposits into one account will also receive a notice of the change, setting an expectation to receive a refund check in approximately four weeks.

This feature has been implemented with the intent to prevent criminals from easily obtaining multiple refunds. This feature is also intended to prevent tax return preparers from obtaining payment for their tax return preparation services by depositing all or part of a taxpayers refund into the preparer’s own financial account. In addition, the IRS has emphasized that direct deposits must be made to accounts bearing the taxpayers name.

The Treasury Inspector General for Tax Administration recommended this restriction in 2012, when evidence was presented that a large number of deposits were going into some accounts that the IRS had not detected. Initially, the IRS expressed some concern of how this would affect those taxpayers that legitimately had multiple-person accounts but agreed to work with the Treasury’s Financial Management Services to determine whether parameters were practical.

This entry was posted in Blog, Featured on Homepage, Tax Reporting and tagged #directdeposit, #IRS, #reducefraud. Bookmark the permalink.
Logging In...