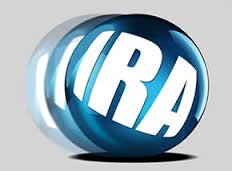 As indicated earlier in the year, the IRS has implemented a  limit of one rollover per year, on a cumulative basis and not on an individual IRA-by-IRA basis. This new rule will not be applicable to any rollover that involves a distribution that occurs before January 1 2015.

The Internal Revenue Service allows a rollover of funds into a taxpayer’s IRA to be tax-free, as long as the amount distributed to the taxpayer is paid into an IRA for the taxpayer’s benefit within 60 days, subject to the one-rollover-per-year limit. The tax court upheld that the rule applies to all of a taxpayer’s IRA’s, cumulatively, and in a particular case where the taxpayer rolled over more than one IRA in a single tax year; the taxpayer would be taxed on the full amount of the additional rollovers.

The IRA emphasized that the new rule would not affect an IRA owner’s ability to transfer funds from one IRA trustee to another, instead of the taxpayer’s receiving a check and making the transfer themselves. These transactions are not considered rollovers and are not subject to the one-a-year limit.

This entry was posted in Blog, Featured on Homepage, Tax Planning and tagged #IRARollOver, #IRS, IRA. Bookmark the permalink.
Logging In...