Tax Court Finds Goodwill Of Business Was Personal, Not Corporate 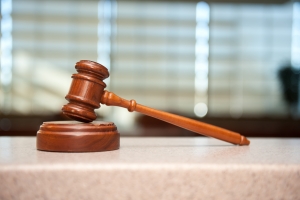 The Tax Court, in the Brass Trucking Inc. case (TC Memo 2014-107), found that the goodwill of a trucking business was not corporate goodwill but personal to its owner and sole shareholder. Since the goodwill was not considered part of the corporation’s assets, the corporation did not distribute appreciated intangible assets in the form of goodwill under to the owner and therefore did not recognize gain , which would otherwise trigger an accuracy-related penalty.

This case highlights the principle that a corporation holds only so much as is contributed to it and acquired through the industry of its employees, irrespective of what additional assets a sole owner-shareholder may own outside of the corporation although within the same type of business. Citing Martin Ice Cream Co., 110 T.C. 189 (1998) for the rule that a corporation cannot distribute intangible assets that are individually owned by its shareholders, the court found that the goodwill was developed by the shareholder and that his work established the revenue stream and the customer base. Further, the taxpayer did not transfer his goodwill to the company under an employment agreement and he was not restricted from taking it with him by a noncompete agreement.

The taxpayer owned 100 percent of a trucking business directly and through a revocable living trust. The trucking business, which was only one part of the taxpayer’s road construction operation, was the subject of a state investigation and potentially faced fines and other penalties, as well as the prospect of going out of business. This apparently prompted the creation of the new trucking business.

Turning to goodwill, the court found there are two regimes: (1) personal goodwill developed and owned by shareholders; and (2) corporate goodwill developed and owned by the company. The court found that the trucking business may have had corporate goodwill in the past, but had lost it by the time of the transfer because of the investigation. The court concluded that the trucking company’s goodwill was primarily owned by the taxpayer personally.

The court also found that the taxpayer had not transferred his goodwill to the trucking business. There was no employment contract or noncompete agreement. The taxpayer was free to leave the business and take his personal assets with him. Additionally, the court found that the children had not contributed to the goodwill of the trucking business because they were not employees of the business.

If you have any questions or need assistance with the sale of your business, please do not hesitate to contact us.