Sticker shock awaits many taxpayers on preparing their 2013 tax return

While most tax practitioners are aware of the many tax changes that are effective for the 2013 tax year, many taxpayers may not be. They may be surprised to learn that the tax landscape has shifted precipitously for those who find themselves on the wrong side of a new divide between “middle class” and “higher earners.” These higher earners are now subject to an array of new taxes, higher rates, and stringent deduction limits.

Effective in 2013, new rules impose significantly higher taxes on higher earners, increasing the importance of tax awareness and tax planning. Under the Affordable Care Act there is a higher payroll tax and a surtax on the unearned income of higher-income individuals. Under the American Taxpayer Relief Act of 2012, higher tax rates apply to ordinary 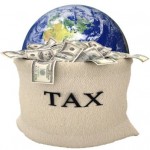 income, capital gains and dividends, while at the same time limitations are imposed on the use of the personal exemption and itemized deductions.

For tax years beginning after Dec. 31, 2012, the following rules apply:

While there is a real prospect that high earners will pay more taxes this year, tax practitioners and taxpayers should both keep in mind that it’s almost never too late to better a taxpayer’s tax situation, minimizing taxes to the greatest extent possible. Year-end tax planning may be especially productive this year because timely action could nail down a host of “extender” tax breaks—individual and business tax provisions that are due to expire at year’s end.

In addition, other tax move may be prove advantageous. Many taxpayers can still better their tax position by acting now to make the most of enhanced expensing and depreciation; keep adjusted gross income (AGI) down to avoid reduction (or elimination) of the many tax breaks that phase out over higher levels of AGI; make the best tax use of losses; and take full advantage of the available tax credits.

If you have any questions regarding these new laws or their impact on your specific situation, please do not hesitate to contact us.

This entry was posted in Blog, Featured on Homepage, Tax Planning and tagged #taxplanning, Tax Planning. Bookmark the permalink.
Logging In...